Should I Say No to Duty Sex?

Scott’s Question: Should I Say No to Duty Sex?

Rebecca, question for you about a situation with me and Michelle.

Last Friday, she said, I know you need it, let’s go in the bedroom.

I knew it was going to be crappy based on her tone of voice, but it’s been 2 weeks, so I didn’t want to turn it down.

I’ve been pretty pissy with her for the last week or so because that’s how I get when we go this long. Which she knows! But she never puts 2 and 2 together.

It’s now a week later, there were plenty of times when we could have, and I’m ready to explode.

I know you’ve said not to do that, that it just makes it worse, but what do I do? I’m just so pissed with her.

Should I Say No to Duty Sex?

Such a common scenario. And so frustrating for both parties.

You don’t have to settle for duty sex.

Saying no to duty sex is a short-term trade-off you make for a long-term gain.

Because no one benefits when she has sex she doesn’t want. Not you. Not her. And definitely not the marriage.

Sure, you get an orgasm out of it and the physical touch you’re craving, but duty sex always lowers attraction in the marriage.

For both of you.

The sex is unenthusiastic, at best; resentful, at worst. 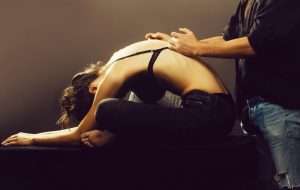 Build Attraction by Saying ‘No’ to Duty Sex

No fun for anyone!

The good news is this is imminently fixable.

Really and truly. I know it’s hard to believe from where you’re standing, but I honestly see it all the time.

It can take some time, but it’s within reach for most marriages.

And the really good news is that it doesn’t take forever; we’re talking months, not years.

Women are so predictable about what attracts them that all you have to do is first understand the factors and then act on them.

4 Steps to Put Duty Sex Behind You Forever

3. Build Attraction in the Marriage

4. Gain Leverage to Address the Medical

First though, a quick background on where her enthusiasm has gone.

Almost always, it’s some combination of the two.

Wait to Tackle Her Hormones

Guys often want to jump right to fixing her hormones, thinking it’s the magic elixir for great sex, but hold off on that for now.

Most people (men and women) are notoriously resistant to fixing medical issues, particularly hormonal issues. You’ll need a lot of leverage to make gains in that area.

Put that one aside for the moment and focus on the changes currently within your control.

Work on building attraction first before tackling her medical and hormonal issues. For two reasons:

Once attraction is high, she’ll be more open to fixing the medical.

Plus, you’re going to be amazed at how once attraction is high, it overrides hormonal imbalances to an astonishing degree.

You’ll still want to address hormones, medical, and energy issues at some point, but that’s a bit down the road.

Here’s what you do first.

Stop doing the things that are actively bleeding attraction from your marriage.

You’ve got to stop doing those first before you start working on rebuilding attraction.

Here’s what you absolutely must know.

Every time you blow up or act resentful at the lack of sex, you actively lower attraction.

Every time you talk to her about your need and desire for sex and intimacy, you actively lower attraction.

Every time you negotiate or try to schedule sex, or accept lousy sex, you actively lower attraction.

Look, I get the frustration, I really do. Wanting great sex is completely good and normal. Never be ashamed of your sex drive. It’s a vital part of life!

Just channel that desire into effective ways to get what you want.

And talking about her lack of desire never increases attraction. 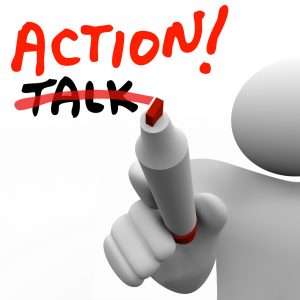 Talking hits the intellectual part of the brain, but Attraction and desire exist in the primal brain.

Look back at your previous interactions. Has talking to her about the lack of sex ever resulted in lasting improvements?

Nope. Never in the history of man. So that’s a dead end.

Instead, you’ve got to get strategic.

You can pretty much predict when you’re going to blow after too long without sex. For some guys, it’s 3 days, for some, it’s 7. But it’s basically predictable and consistent.

You feel your frustration rising and your temper getting short. It’s just a matter of time before you snap at her.

You’ve got to take action before that happens.

You need a ‘spiral plan’.

A spiral plan is an activity you do when you feel your sexual frustration rising.

For some guys, it’s the gym, for some, it’s a local pub or sports bar. The more intense, the better. The important thing is to have it planned out in advance. 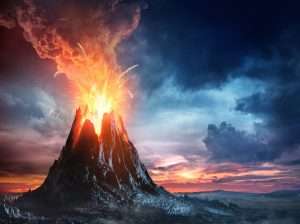 That way, when it’s been 5 days of no sex, it’s 9pm, the kids are in bed, and she starts doing that thing where she’s yawning and saying how tired she is, and how all she wants to do is relax …

You hit that split-second where you feel your frustration skyrocket from a 5 to a 9.

That’s the danger point where you typically crack and lose your cool, tanking attraction.

You’re not going to do that this time.

Instead of sitting there silently seething, just let her know you’re going out to do something.

(Yes, she’ll question it and get snippy, but really, who cares? Sex isn’t happening, might as well go have some fun.)

Plus, going to the ‘Magic Place of Out’ is a great way to increase attraction, so it’s a win-win.

As you get better at this, you’ll catch it earlier. Ideally, you want to put your spiral plan into effect before your frustration hits the boiling point.

Start putting a number to your frustration on a scale of 1-10.

When you hit 6, it’s time to leave the house. That gets you out before you’re climbing the walls and showing desperation, generally displaying low value, thus lowering attraction.

Your spiral plan serves two purposes; one is remedial, one is forward-looking.

The remedial part is that you stop inflicting the hits to attraction that take place when you hang around and display resentment about not getting the sex you want.

The forward-looking part is that you actively build attraction when you go out and do fun things.

Remember that women are wildly attracted to men who passionately pursue their own interests.

This is key. Always remember that you’re the prize! 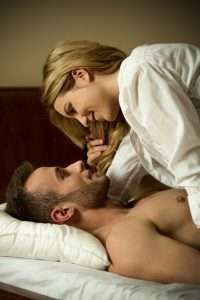 You Don’t Need to Settle for Duty Sex

Your wife may not recognize this yet; heck, you may not yet realize this, but you are the prize.

As such, it is beneath you to accept duty sex.

And that is always a display of low value.

Instead, actively go out and do the high-value activities that bring you excitement and joy. These are the same things that will build attraction in your marriage.

Once you travel down that path, duty sex becomes a thing of the past.

5 Reasons Not to Accept Duty Sex

Do You Have Something that Will Make Me Want Sex?