5 Reasons Not to Settle for ‘Duty Sex’

Duty sex, pity sex, guilt sex, starfish sex, hate sex … there are a lot of different names for it.

It’s this idea that in a marriage, the lower-drive partner (usually the wife, but not always) should have sex simply to please their partner. In other words … (the dreaded and dreadful) Duty Sex.

Settling for duty sex is one of the single-most destructive things you can do in a marriage, but it’s cloaked in deceptively high-minded terms like ‘sacrificial sex’, ‘being available for each other’, ‘affirming your relationship’, etc.

On the face of it, an always-available partner sounds good, right? What’s not to like.

‘Tired’ Sex is Okay, Guilt Sex is Not

The truth is there are times when having sex on tap can be a good thing … where a woman can engage in sex simply out of love rather than desire, and it strengthens the marriage … IF attraction is present. If a wife is attracted to her husband, and all she lacks is energy or initiative, then being open to sex is fine.

The problem is that in the vast majority of cases, if a wife is resistant to sex, it’s because she’s not attracted. In those cases, ‘duty sex’ not only not helps, it actively hurts the marriage. It’s not in a man’s best interest for his wife to initiate when she’s not attracted.

When a woman (or a man, for that matter) unwillingly has sex because of pressure from their partner, it is invariably toxic to the marriage.

It diminishes attraction … for both partners. When someone has sex they don’t want (man or woman), attraction actually goes down, not up, creating a vicious cycle. 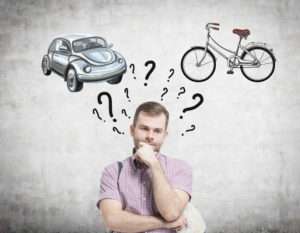 Why settle for hamburger when you can have steak?

When people think about sex, they typically think about orgasms, but orgasms are often the least-important benefit of sex. If it was just about orgasms, you’d only ever have sex with yourself. After all, if you’re like most people, you can give yourself an orgasm quicker and easier than your partner can. We want more from sex than just orgasms.

With duty sex, you’re only hitting one out of four. Sure, you get an orgasm, but that’s about it. It’s not exciting, it typically makes you feel less, not more, connected, and it sure as heck doesn’t make you feel validated or desired. In fact, it’s the opposite. You deserve better than that.

Men Don’t Just Want Orgasms; They Want to be Desired

Men (like women) want to be desired. They don’t want a wife who has sex because she ‘should’. What a guy really wants is a wife who’s wildly, passionately wanting sex with him, not merely a wife who initiates in order to keep him happy.

Having sex with someone who obviously doesn’t want you is soul-crushing. You don’t have to settle for that.

One of the most compelling arguments against duty sex is that it’s so stinking boring. Who wants a woman who isn’t into it …  lights off, covers on, get on, get off, once and done. Bleh.

It doesn’t have to be that way.  Duty sex only treats the symptom, not the cause. The solution is to address the factors diminishing attraction/libido, so that sexuality can flow organically.

“ … It’s about respect and considering your partners feelings. If i come home and my wife isn’t in the mood to cook, even though I’m not in the mood I am going to do it because I love and care for her … nobody is saying anyone should be forced into doing anything but sometimes we need to make sacrifices for each other, that’s what marriage is.”

No, the best kind of sex has nothing to do with respect and sacrifice. It has to do with passion, intensity, and attraction. No one should have to settle for a partner who sees sex as a sacrifice they ought to make.

Duty sex often creates tremendous resentment on the part of the uninterested partner, leaving her feeling less, not more, connected. Your wife can choose to have sex with you, but if she isn’t attracted and hates every minute of it, she’s not doing the marriage any favors.

If you’ve ever had duty sex with your wife when she was clearly not into it and just wanting to get it over with, you know you don’t feel more connected with her at the end. You’re left feeling angry and resentful that she doesn’t want you. Few things more ego-crushing than a woman who barks, “Stop trying to do foreplay and just put it in!”

Don’t Fake It ‘til You Hate It

How much better it is to do the things that increase attraction so you don’t need to fake it!

“… <my husband> still has needs and i have pushed myself to please … i think the damage has been done because … i have accepted that and have given up on enjoying my sex life, men please don’t pressure your woman to do it, it will hurt you both in the end.”

Make the changes to turn her into that wild & enthusiastic woman you want in your bed.

Is duty sex better than no sex at all? Maybe, but that creates a false dichotomy.

The real choice is actually between having duty sex and having wild & crazy sex after taking the steps that build attraction in the marriage.

Why settle for sex prompted by some contrived sense of duty, instead of making the changes that give you an enthusiastic, passionate woman in your bed?

It is completely possible to build attraction in your marriage and get that eager wife who melts at your touch. I see it over and over again with clients.

Don’t settle for anything less than a wife who craves you as much as you crave her.

This weekend, start taking the steps to do the things that turn your wife from a duty-only girl to a ready-and-eager sex goddess.