Is It Okay if You Don’t Like Your Wife?

What to do when you suddenly realize you don’t like your wife.

Believe it or not, this is the best possible moment. This is where you change your marriage for the better.

“She’s the hottest girl I’ve ever dated, but I’m realizing now that I really just don’t like her.

I think I made a huge mistake when I married her.”

Jay and Tanya had a tumultuous relationship.

When they were dating, it was on again, off again, over and over.

Sex would get bad, so Jay would break up.

He’d have sex with other women, but then ….

Tanya was just so damned hot!

She’d call him up, he’d come running, and sex would be amaaaazing …

Then back to the status quo.

He eventually married her.

Because, see above ⬆ … hottest girl he ever dated.

And now he regrets it.

He realizes now that he just doesn’t like her much.

She can still be sweet sometimes, but often comes across as critical and dissatisfied, often to the point of rudeness.

A little lazy … and a lot superficial.

And sex has pretty much disappeared again.

He wants to know if there’s any hope.

Either for better sex, or even for her to be a basically decent human being.

Any hope, that is.

You realize you don’t like your wife. Can you salvage this?

Yes. But not by acting directly on your wife.

You can’t change her behavior directly, but …

If your wife is a normal human being and doesn’t have a diagnosable personality disorder, it is completely possible to act in ways that will motivate her to change her behavior.

But ONLY by changing your own.

It’s Your Own Damned Fault

1st thing I’m going to say, and you’re not going to like it.

If you don’t like your wife, stop blaming her.

It’s your own fault.

Before you let out loud wolf howls, hold on.

Everyone acts up to … or down to … their partner’s standards.

She’s Rude to You because She Can Be

I’m always amazed at the number of men who let their wife get away with murder.

The heart of it is a lack of respect.

When he fails to set boundaries, she walks all over him.

He sees it as him being easy-going.

She sees it as a display of weakness.

Women are kind of like those velociraptors in Jurassic Park.

They are wired to continually probe for weakness in their man. There are survival reasons behind this I’ll cover in a later article, but suffice to say, this characteristic is a feature, not a bug.

A woman has to ascertain that you are strong enough to protect and provide before her brain allows her to want sex.

When You Put Her on a Pedestal, She Has No Choice but to Look Down on You

You keep putting your wife on a pedestal.

You keep accepting bad behavior. You treat her like a princess.

Why so surprised when she treats you like a serf? Isn’t that what a princess is meant to do?

(And by the way, if you call your wife ‘princess’ with anything less than complete sarcasm, you’ve got to stop.)

Here’s the vicious cycle I see all the time in long-term marriages, heck, even in short-term relationships.

And on it goes. 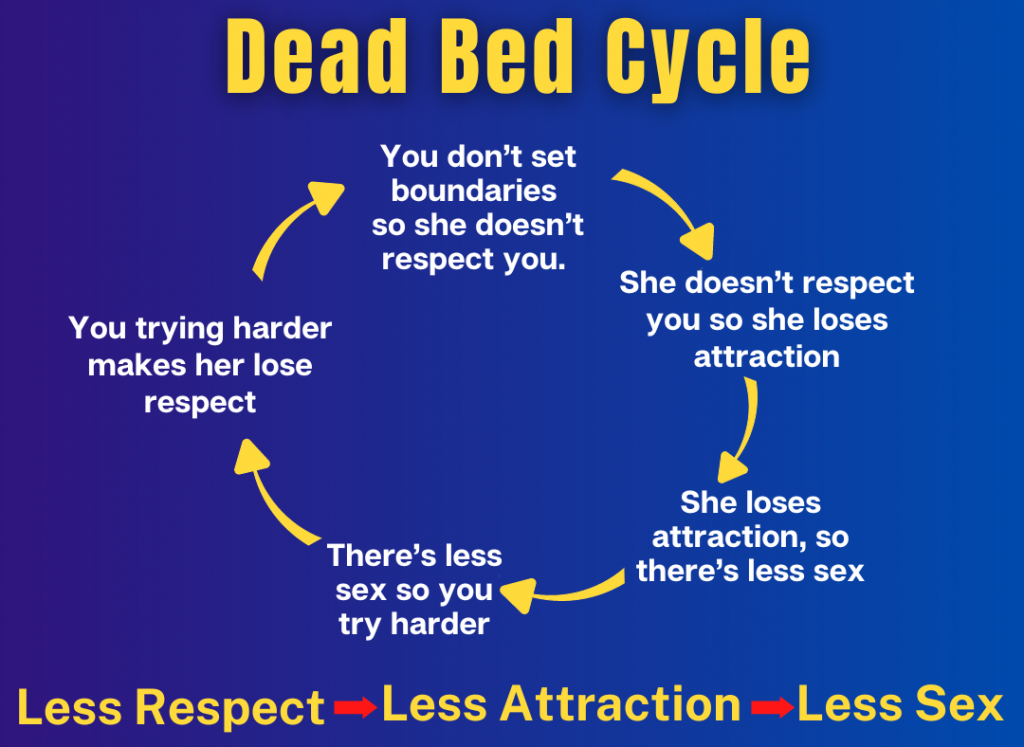 The path to good sex lies in you setting strong boundaries with your wife.

This is a little-known truth of sex. 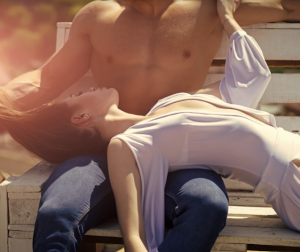 Accept nothing less than respect

Indeed, respect is the foundation of good sex.

The minute you accept bad behavior from your wife is the minute that respect starts to erode.

It’s a hop, skip, and jump from there to a dead bedroom.

If you don’t like your wife because of her bad behavior, then stop accepting bad behavior.

To get great sex, you have to take the unsexy step of setting strong boundaries with your wife.

But the stronger your boundaries, the more you see her respect … and thus attraction … grow.

Respect is THE Female Aphrodisiac

Take Back the Keys to Your Sex Life

One reason you don’t like your wife is because you feel like she has all the power. She holds the keys to sex, touch, intimacy, fun, and peace.

But she only holds those keys because you handed them over.

You just have to start taking them back. And you’re the only one who can.

Here’s Where You Start

So, what about Jay? Did he ever get the respect and sex he wanted and deserved?

His wife started trusting him to make decisions instead of nit picking every detail to death. She accepted that it was completely okay for him to go out with his buddies every week. She started respecting his work hours instead of interrupting him every three seconds to do something for her.

And sex got better. A whole lot better!

Attract Your Wife – Stand Your Ground

Why So Many Men Don’t Take Risks