Quickest way to attract your wife?

Stand up to her.

Sounds deceptively simple, but if you’ve been married for a while, you know how difficult it can be.

If you could only do one thing for the rest of your life to build attraction, this would be it.

You’ve bought into the illusion that keeping the peace will get you sex. But how much sex has it gotten you over the years? Not much, right? And the thing is, as your wife pushes you more and more, you have to keep upping the ante. 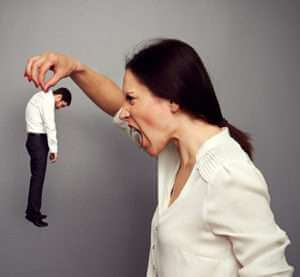 She can’t look up to you when she’s looking down at you.

When you believe in peace at any price, the price of peace gets higher and higher.

No one has bothered to tell you this, but the truth is women are attracted to socially dominant men who stand up for themselves. Why? Because the primal part of a woman’s brain seeks protection from aggressors for her and her kids. You’re bigger and stronger than her, but If you can’t stand up to her, then how can you stand up for her?

Stand Up for Respect

Call her on it if she criticizes you in front of your friends. When she jokingly refers to your ‘midlife crisis’ as you’re describing your workout routine, calmly correct her. Don’t lose your cool but let her know it’s not all right for her to marginalize you. It will feel awkward at first but that’s okay. It will gradually come more naturally.

Expect respect in front of your kids. If she has a problem with something you do, she needs to discuss it privately when the kids aren’t present. Sometimes this means she’ll need to ask you for a moment to speak alone. When she does that, make sure to respond positively in order to reinforce the good behavior. (You need to extend her the same courtesy, by the way.)

Is pushing back on bad behavior going to cause arguments at first? Yep. That’s okay. The world won’t come to an end because your wife gets miffed. She may not like it, but she’ll respect it. It’s hard to believe, but you’ll actually get more sex when you make her angry once in a while than when you cater to her. 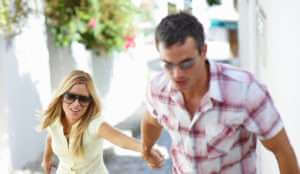 Women are attracted to men who lead.

Take her off that pedestal. She’s not a princess and you’re not her lowly subject. I see so many guys who grovel at their wife’s feet, and it absolutely kills attraction. Love her, but don’t worship her.

She can’t look up to you when she’s looking down at you.

Be disciminating with your compliments. Women want to be with a high-quality guy, and this means she needs to qualify herself to you rather than the other way around. By all means, if she does exceptionally well at something or looks particularly ravishing, compliment her, but don’t gush. It lowers attraction.

Have her do her fair share of the chores. That thing where she’s playing on Facebook all evening while you’re getting things done? That has to stop. If you’re working, she’s working. This applies whether she’s a stay-at-home wife or corporate executive.

True Story: A few weekends ago, I’m on the sofa deep into a novel late on Friday night when my husband pulls me up by the hand and leads me into the bedroom. I’m really irritated because … you know … reading. A really good book. And I’m right at the good part … And …

he tells me we have to put the clean sheets on the bed.

And I want to kill him because … hello … book.

But you know, no matter how irritated I felt in the moment, he was right. The sheets needed to go on the bed, and why should he do it himself? I respect him for standing his ground. I may not like it, but I respect it.

Respect … the bedrock of sexual attraction.

Stand Up for Your Opinion

Don’t be shy about expressing your opinion, even when you know it’s different than hers.

Men and women are different and they think differently. There’s nothing wrong with that. This dichotomy is what drives sexual attraction. Your masculinity contrasts with her femininity and it makes you more intriguing. If she thinks Trump is a barbaric buffoon, and you think he’d be a great guy with whom to have a beer, stick to your guns. She may not like it, but she will respect it.

Stand Up for What You Want

Don’t defer to her wishes. You know that thing that happens every weekend where you start out Friday night thinking you want to get car maintenance out of the way on Saturday and your wife flips out because she really really wanted to clean the basement? And you end up doing what she wants but then you’re irritated with her for the rest of the weekend? Stop doing that. Your wife’s priorities are no more important than your own.

This whole idea of a ‘Honey Do List’ is ridiculous. You are just as capable as your wife at prioritizing what needs to get done around the house. It means leading and taking responsibility, and that takes effort. But it has to happen if you want to change your dynamics.

Putting It into Action

Okay, what does all this actually look like this weekend?

Try it this weekend and see how it goes. Expect to see more conflict initially, but know you’ll reap the rewards in the future. Short term effort for long term gain.