Strong men who do hard things are wildly attractive to women.

There’s no way around it.

I talk with guys every day who are frustrated with the scarcity of good sex in their marriage. I tell them to stop worrying about their wife and go do hard things.

That’s never the answer they want to hear.

But it’s the only answer that works. 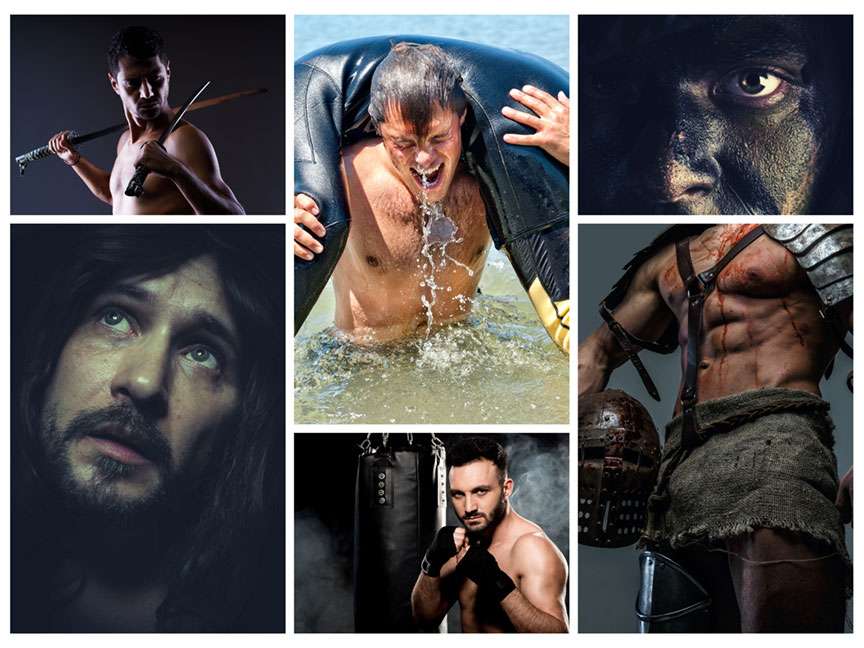 Strong men who do hard things are wildly attractive to women.

Look, here’s the truth of it.

Women have always responded to strong men who do hard things. Full stop.

It’s been that way since the time before writing.

I know it seems reasonable to think that she would have sex with you just because she loves you.

That you shouldn’t have to jump through hoops in order to get sex … that she should just love you for who you are.

Nature Don’t Care about Your Feelings

While all of that may be true, it doesn’t change anything.

You have to set aside your feelings for a minute and think about it from an evolutionary biology perspective.

Nature doesn’t care about fairness; it cares about species survival.

What makes a species stronger is for only the strongest, boldest, smartest males to sire offspring.

Think about dog and horse breeders.

They carefully select the stud – the male of the species who will sire the next generation – for the traits they want to perpetuate.

They rigorously control the gene pool by not allowing other males to mate and produce progeny.

Nature does the same. In the wild, breeding is restricted to the strong and the powerful.

Nature gives us ice ages that kill, volcanoes that explode and block the sun, tsunamis that drown whole islands.

Nature is harsh and unforgiving.

Her brain has been wired a certain way; hard wiring that exists at birth and is unchangeable. (It’s not a cultural thing, no matter what Tik Tok says. )

All her dopamine signals light up and attraction is born.

It starts in her brain, and it moves to her body. 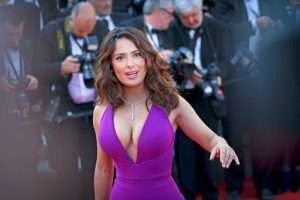 She responds to strength as you do to beauty.

Depending on the situation, she may or may not act on that attraction. But the attraction is there, with all its potential.

Just the same way your brain lights up when you see a picture of a gorgeous woman.

That’s dopamine, and that’s the way her brain responds to male strength, courage, and intelligence.

She can’t control those dopamine sparks any more than you can control yours when you see a beautiful woman with an hour-glass shape.

You Want a Strong Man for Your Daughter

And small sidetrack, but would you really want it otherwise?

Think about your daughter. Who do you want her to marry?

The bright guy working hard to get his advanced degree that will earn him tons of money with which to care for your grandchildren?

The one who stands up to your daughter when she’s unreasonable? The one who has the strength to raise your future grandkids to be hard-working and respectful?

Or the easy-going man-child who lays around playing video games all day, sets no boundaries, and lets your daughter get away with murder because he doesn’t have the will or the energy to confront her bad behavior?

When you take the emotion out of it, you absolutely know you want a strong man to become the father of your future grandchildren.

In the same way, you’ve got to separate emotion from logic when you think about attraction in your own marriage.

It’s Not Women Who Have Changed; It’s Lifestyle

You have to reclaim your warrior

In the equation of attraction, women are the constant. They’re wired a certain way and have been for millennia.

That leaves male behavior as the variable.

Lifestyle is the Variable

In more primitive lifestyles, it’s easy for men to display strength, intelligence, and courage. You hunt the bison to provide food for her; you protect her and your offspring from the cave bear.

In most tribal societies, men compete in all sorts of ‘games’ involving strength and strategy that make pecking order quite clear. Mating games, you could say.

The males clearly demonstrate to each other (and thus to the females) who has the highest value.

At that point, it’s just a matter of the females competing for the attention of the highest value man they can attract.

Switch to today. Even if you’re the sole provider, auto depositing your paycheck into a bank account and paying bills via credit card isn’t a visible display of high value. In fact, it’s completely invisible.

Working at a desk just doesn’t have the same visceral impact that killing a bison does.

Our lifestyles have gone a long way toward diminishing attraction.

We live lives of such comfort and low risk, how can you possibly combat the resultant diminishing of attraction?

You have to integrate ways to develop and display strength and courage.

To build attraction in your marriage and get the sex life you want, you must seek out areas to do hard things that build physical strength and mental fortitude.

What About Women? Do They Have to Do Hard Things?

A lot of guys will ask what the woman’s role is in all this. Doesn’t she have to make changes in order to be more attractive to her man?

Well, yes and no.

To initially attract you, she had to be attractive.

But now, because of the oxytocin bonds you’ve built together and because you have spontaneous desire, you’re pretty much going to want sex with your wife regardless of her behavior, and really, even regardless of her appearance (to an extent, at any rate).

As long as she’s not morbidly obese and doesn’t smell, you’re down for sex.

And candidly, even if she’s 300 pounds, you may be less attracted, but if she’s available, you’ll probably still be interested.

The rule is that a woman can completely fail to do the attractive thing and still be at least marginally attractive to her husband. 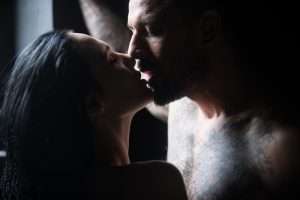 Your behaviors control her response.

Not so with men.

But see above … Nature don’t care about your feelings. It cares about the species, not your individual well-being.

The good thing is that being the variable in the equation basically means you have all the control. Alter the variable and you alter the outcome.

That’s the takeaway so many guys are missing. It’s completely possible for you to become one of the select few strong men who do hard things.

You have complete control over the level of attraction in your marriage.

And honestly, once your wife starts responding to you, you won’t care at all about how you got there.

Join a Group of Strong Men who Do Hard Things

Which brings us back to why it’s important for you to do hard things.

But for now, it’s fine to do hard things simply to build attraction in your marriage. It’s a jumping off point.

It really depends on where you are now. You want to do something that’s hard for you.

Anything that challenges you and makes you uncomfortable.

Think about it in terms of levels. If you’re at Level 1, then pick something from Level 2 or 3.

Joining a gym is the first step for a lot of guys. If you’ve joined a gym, then look for competitions you can join.

After that, it can be martial arts, or boxing.

There are a million different arenas. Anything, really, as long as you continue to take on new challenges.

Challenging yourself causes your brain to produce the neurotransmitter, dopamine, the molecule of challenge and motivation, which is a huge boost to building attraction with your wife.

Mentors Along the Way

A huge problem for so many men is that they’ve had virtually no male role models. Where do you find that group of strong men who do hard things?

Most of the guys around you are firmly planted in their comfort zones, so there’s nobody to inspire and motivate.

Seek out a mentor, someone you admire and respect. Watch what he does; if you know him well enough, take him out for coffee and pick his brain.

You gradually need to surround yourself with strong men doing hard things.

It won’t be easy at first because those types of men are not in abundant supply. But as you start embracing new challenges, you’ll run into them and include them in your gradually increasing social circle.

I’ve included some video links below for podcasts on doing hard things.

Start immersing your brain; you’re having to overcome a lot of society’s conditioning that tells you not to take risks and to stay in your own lane.

In summary, the main constraint to you getting the sex life you want is … you. 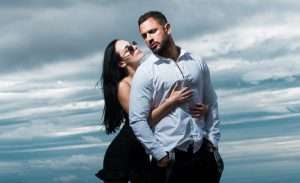 Not many people are going to tell you this, but …

You control attraction and sex by your behaviors.

You have to bump up the intensity in your own life to bring intensity to the bedroom.

The only way to do that is to go do hard things.

Top 10 Signs that Your Wife is Attracted