Be More Attractive to Your Wife – Size Matters!

If you want to be more attractive to your wife, the good news is there’s no mystery as to how to do it.

The bad news is that it takes effort.

To Be More Attractive to Your Wife

A landmark study affirms what most of us instinctively know; when it comes to physically attracting a woman, it’s all about male strength. 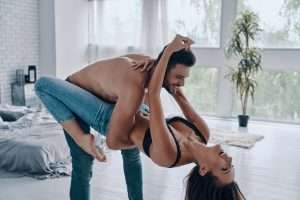 Strength accounts for 70% of male attractiveness!

In the study, 160 women viewed men’s photographs and were then asked to rate each man on his attractiveness.

Not a huge surprise that a man’s strength was the strongest determinant of how attractive he appeared to women.

What did come as a surprise to the researchers, however, was just how strong the effect was – strength accounted for a full 70% of his overall score.

“We weren’t surprised that women found physically strong men attractive… what did surprise us was just how powerful the effect was.”

You know how you see all these articles where women say they prefer skinny guys or ‘dad bods’? 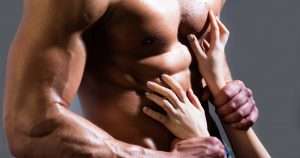 Strength has a powerful effect on female attraction

Literally zero of the 160 women surveyed showed a statistical preference for weaker men.

Many men assume that women prefer tall men, and while this is generally true, strength matters more even than height.

That is, while women do have a general preference for taller men, they are much more attracted by how strong and muscular they look.

Take-Away: If you’re shorter than you’d like to be, become the most powerful version you can achieve to be more attractive to your wife.

What about Being too Heavy?

“Our results suggest that even if you’re a bit overweight, looking strong can buffer that,” says Aaron Lukaszewski, evolutionary psychologist at California State University.

“Basically, being a strong, fat guy is OK, which I think would bring comfort to many.”

Why are Women so Shallow & Superficial?

While those are all important, when you’re talking physical attraction, muscles outweigh everything else.

You know how you are immediately attracted by a slender woman with large breasts?

When you see her, your brain instantly produces a dopamine spike. Your eyes move from her face to her hips to her breasts and then back to her face.

This is how you’re wired and entirely outside your control.

Same with women and muscular men. She’s wired to be attracted to men with muscles.

In a study on heart disease, researchers recorded info from 1,104 male firefighters taken over a 10-year period.

They found that the men who could do 40+ push-ups had a 96 percent reduced risk of cardiovascular disease when compared to the firefighters who could do fewer than 10 push-ups. 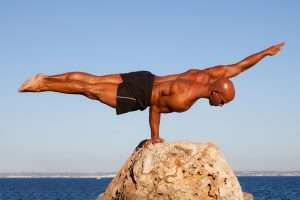 Strength is strong predictor of attraction …and heart health!

But here was the huge surprise! Ability to do push-ups was a stronger predictor of heart health than treadmill performance!

This flies in the face of all conventional wisdom!

Even if you’re not interested in attracting your wife, if you care about your cardiovascular health, you’ve got to get off the treadmill and get to the gym!

Another striking take-away … how accurate people are at instantly gauging a man’s strength based on appearance.

A group of researchers collected photos of 64 shirtless men, in addition to measures of their handgrip strength.

Then they showed the photos to 187 people. The viewers rated the strength of each man based on his photo.

It only took 33 milliseconds (about 0.03 seconds) for each viewer to accurately predict the strength of each man as compared to his handgrip strength.

The viewers could instantly … and accurately … estimate how strong a man was just based on his appearance!

That is truly astonishing.

And it means there’s no faking it. There’s no substitute to getting to the gym and building real muscle.

Attraction Is a Formula

To Be More Attractive to Your Wife, Know the Formula

Female attraction is basically a formula.

When you supply these 3 qualities, your woman basically becomes ‘magically’ attracted, and her clothes wondrously fall off. 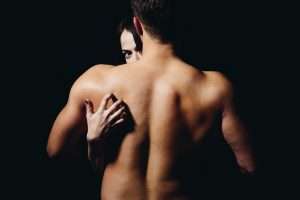 You may not like that females are attracted by physical strength …

It may seem superficial and shallow to you …

That she could just love you for who you are …

But that’s not the reality of attraction.

People are amazingly good at rationalizing why something shouldn’t be the way it is, but attraction isn’t a choice.

Her brain is wired to be attracted to a man’s physical strength, and there’s no changing that.

To Be More Attractive to Your Wife, Build Muscle

Embrace her biology, because the good news is that you have control over all 3 of these factors.

The question is whether you have the desire.

Do you want it badly enough to put in the work?

As Ryan Michler over at Order of Man puts it in his excellent article, “How Bad Do You Want It?”

How Bad Do You Want It?