Better Erections: The One Daily Habit that’s Tanking Your Performance 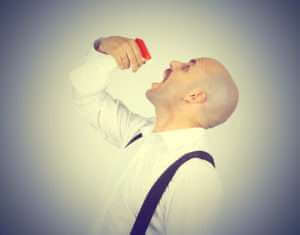 Mouthwash … it’s of the devil.

Now, that’s a slogan you don’t see Proctor & Gamble using. But it’s quite likely your mouthwash isn’t doing your erections any favors. Read on.

Erections are all about nitric oxide. Not nitrous oxide, the lovely legal high you can get at the dentist’s. Nitric oxide. The lovely vasodilator that gives you rock hard erections. The kind that make both you and your wife very happy.

Putting it simply, when you have sufficient nitric oxide, your body produces harder, more reliable  erections. So how can you get your body to produce more of this wonderful stuff?

Nitric Oxide is Made in Your Mouth

Bacteria on your tongue converts the nitrates into nitrites.

Dietary nitrite converts to nitric oxide in the gut.

Nitric oxide goes to work in your body making your veins healthier and your erections stronger.

How It Goes Wrong

The problem with using mouthwash, though, is that you are murdering the bacteria in your mouth that turns those nitrates you just ate into nitrites. They’re dead on the ground before they ever get the chance to do their thing.

In fact, one study shows that using a chlorhexidine-based mouthwash decreased oral nitrites by 90% and nitrite levels in the blood by 25%. (And incidentally also increased blood pressure. Remember that nitric oxide is a vasodilator which is really good for your heart health, as well as for strong erections.)

So, throw away the mouthwash and reclaim that stronger, firmer version of yourself.