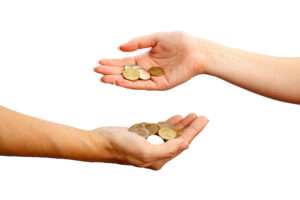 Stop handing over your power by asking her permission to spend money.

Listening to a group of firefighters the other day, and what I heard literally made me wince.

One of them is on the phone asking his wife if he can spend twenty bucks on something. No joke. The dude is asking his wife’s permission to spend part of his own salary.

But that’s not the worst of it. No, the worst part is that when he gets off the phone, the other guys all act as if this is a perfectly normal thing to do. “Yep, gotta ask the boss what you can spend. Otherwise, you’ll hear about it tonight.” You can hear the resentment overlying the resigned acceptance in his voice.

Here’s what you have to understand. What this guy was actually doing was placing himself into a position of submission to his wife. Women are not attracted to submissive guys. They’re just … not.

Now, this is not a politically correct statement to make, but you need to understand the truth. The vast majority of women are attracted to strength and leadership in men. This includes physical strength, of course, but it also includes emotional strength, financial strength, social strength, intellectual strength, etc.

If you want your wife to be attracted to you, you’ve got to step up and take leadership. This includes financial leadership.

When you put your wife in a position of power over you, it’s the opposite of strength, and attraction takes a major hit. Asking her for ‘an allowance’ makes her feel like your mom. And once she feels like your mom, her sexual desire withers up and blows away.

Be Your Own Personal CFO

So, where do you start?

Get the information to your online accounts. I’m always amazed at how many guys don’t even know the user name or password on their account because ‘my wife handles all that stuff’. Surprisingly enough, I see guys do this even when they’re the sole breadwinners. I’ve actually worked with men with stay-at-home wives who had to fight their wife simply to get the user name and password to their bank account. The bank account where he is depositing his paycheck. Talk about financial servitude!

Your wife is not the magical oracle of all things financial. You’re just as capable of looking at your finances as she is. Stop giving away your personal power by allowing her the sole responsibility for money in your family.

She’s not the magical oracle of all things financial.

You may have to ask your wife for your account info, and she may give you a hard time, but you need to stay firm. You have the right to access the banking account where you’re depositing your money and the credit card companies where you’re spending your money.

Check your spending. Once a week, take an hour and look at the accounts where you spend money, whether this is your bank or credit card company. Get a feel for your incoming and outgoing.

Develop a Budget. I know, this is intimidating, but it’s a very necessary step. You just need to break it down into manageable pieces.

Take a look at different budgeting tools. There are multiple ones out there, some free, some not … apps, websites, etc. Some that spring to mind are Mint, YNAB (You Need a Budget), Dave Ramsey, etc.

Try a few on for size until you find a good fit.

Do a month or two at a time so you don’t get overwhelmed. You don’t have to fix all this stuff overnight, you just want to see a general upward trend.

Set discretionary spending amounts. These are the amounts either you or your wife can spend without consulting the other. Depending on your personal finances, this could be $50, $100, $500, etc. Incidentally, this also cuts out a lot of conflict over finances.

Women aren’t gold diggers, but they are impressed by cold hard cash. Actually, everyone is. Even guys. Don’t believe me? Think about the last time you saw a guy pull out a few hundreds to pay for his groceries. Did it make an impression?

In our milquetoast, cashless society, stand out from the crowd and keep a few crisp twenties in your wallet. Or hundreds. Whichever you can afford.

I was working with a guy who brought up his concern that he would be robbed if he carried  cash. Valid concern, right? Well, think about it.

This guy was in his late 40’s so I asked him, “John, in your forty-something years of living, how many times have you ever been robbed?” He thought for a minute and then let out kind of a sheepish laugh. Because the answer was zero. He had never been robbed. He lived, worked, and socialized in fairly low crime areas. For him, the chances of having his money stolen were odds he could live with.

Mr. Pickpocket Guy doesn’t have x-ray vision. He can’t see into your wallet and know you’ve got some actual cash in there. Obviously, be discreet when you pay cash for your purchases, but don’t let unfounded fears stop you.

Don’t keep so much in your wallet that it would financially break you if it were stolen, but do keep enough that you can afford to spend cash on your day-to-day miscellaneous purchases.

The bonus of paying for things with cash is that you spend less money. It is so much more difficult to part with a lovely crisp twenty-dollar bill than it is to simply pass over that tiny rectangle of plastic that doesn’t really feel like it means anything.

Summing it all up … don’t hand over your power by treating your wife like your own personal lending agent, boss, or mom. Take charge of your own finances. Seriously, don’t be this guy … 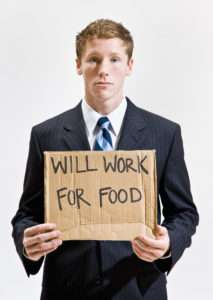 When you ask your wife’s permission, it makes her feel like your mom.