The #1 Way to Kill Your Wife’s Sex Drive 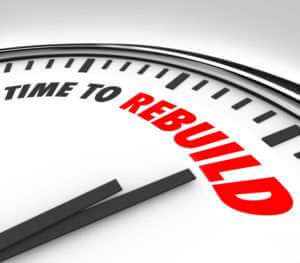 Here’s a situation I run across from time to time.

My wife sent me some stuff about dominance a couple of years ago … I don’t know … all these websites where they talked about the guy taking the lead and being in charge in the bedroom, slapping her on the ass, being more forceful … that kind of stuff.

I told her I just didn’t think I could be that guy … that I would never want to hurt her or be disrespectful to her. Sex should be warm and tender, and I regard her as an equal, not someone I should dominate.

After that, things just seemed to die in the bedroom. We’re lucky if we have sex once a month. It wasn’t great before, but damn, she doesn’t respond to me at all, now.

I keep asking her what I need to do to make her want me, but she has no interest in even trying. She says it’s not my fault; she just has no sex drive.

Is it possible she’s just not a sexual person?

Your wife did tell you what she wanted; it’s just that you didn’t listen.

A woman who’s satisfied with what’s happening in the bedroom isn’t combing the internet for answers.

If your wife has been poring over various websites, trying to figure out what it is that turns her on, it’s a red flag that the sexual part of the relationship is in trouble. Ignore at your own peril.

By the time your wife sent you those links, she had probably spent months researching what triggers her desire. Maybe it’s more dominance than she’s getting, slightly rougher sex, less tenderness and more excitement, more leadership, etc.

She most likely agonized for weeks about whether to share the information with you, and finally, with much trepidation, screwed up her courage and hit the ‘send’ button.

She hoped you would be intrigued and maybe even a little aroused. Your response, to put it mildly, was underwhelming.

You didn’t realize it at the time, but when she communicated her innermost desires to you, it was an act of courage, and left her feeling extremely vulnerable.

When you didn’t respond positively, chances are she felt quite ashamed. She started feeling like a ‘bad girl’, retreated into her shell, and raised her shields.

It was actually a critical moment of neglect, and unless/until you address it, her sexuality will stay in hiding.

So, what now? How do you turn this thing around?

You can’t expect her to make bricks without straw.

Sure, it may be uncomfortable for you, but if you want her to step out of her comfort zone and be more sexual with you, then you have to be willing to do the same.

For example, my husband loves giving oral sex and his default starting point is slow & sensual sex. Which would be great, except … for me … slow & sensual oral = yawn. It’s not only not a turn-on; it’s actually an anti-turn on. It’s fine once I’m aroused and into it, but it’s never going to be a game opener for me.

So my husband has learned that he has to lead with a slightly more dominant opening, and then once the game gets going, he can do what he wants. By that point, my body is turned on enough that I can go along for the ride.

Would it be nice if our sexual flavors were more compatible and slow & sensual did it for me? Sure, but it is what it is. You can only work with what you’ve got. If you want your wife to be able to respond to you, you have to do the things that cause her to respond.

Take slow, baby steps to make sure you can sustain it. You don’t want to go gang-busters and get her all fired up, only to realize you’re not ready for it, and let it fall apart again.

Slow, steady, and sustainable is what you’re aiming for.

“I’m sorry. When you first sent me those links, I was taken aback. I felt defensive that I wasn’t doing it right, and afraid that I couldn’t be the man you needed. It was more about me than it was about you.”

Send her links to things you find interesting or exciting, and get her reaction. And for heaven’s sakes, if she indicates an interest in something, follow up on it. Don’t leave her hanging.

Okay, that’s about it. It’s going to take some work to get things flowing again, but with steady persistence, you’ll eventually see your efforts pay off.

Have you done something that inadvertently shut down your wife’s sexuality? If so, how did you recover the situation?