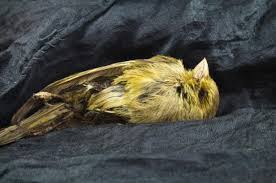 Okay, I’ve been kicking this post around for 4 days. There’s so much cool information about HcG and I struggle with how much to leave in, how much to leave out, without making your eyes glaze over and roll back in your head.

My husband has no affection for medical information or terminology, so I’ve decided that he’ll be my canary in the coal mine. He reads my posts before they’re published, so if his eyes start darting around as he desperately searches for an escape route, I’ll know it’s too much.

TL;DR Version  If your testes aren’t working well, then the only thing that’s going to raise your T levels is some form of testosterone supplementation. The T therapy is probably going to shut down any endogenous production still going on, so you’ll need an additional hormone that will tell them to stop slacking. HcG and Clomid are two options for this.

If your testes are still working, but your hypothalamus-pituitary have gone on strike, HcG or Clomid alone might get them back to work. That’s called monotherapy. Monotherapy probably won’t be quite as impactful as using T therapy in combination with HcG or Clomid, but for some people, it works well enough.

Here’s the full story for anyone still with me………

If you’ve heard of HcG at all, it’s probably in connection with the HcG diet. The HcG diet has been almost universally discredited as being ineffective and has nothing to do with using HcG as a means to boost your testosterone levels.

While few, if any, long term studies have been done on HcG use to boost testosterone levels, HcG has been used for a long time to trigger ovulation in women who are having difficulty conceiving and is, in fact, created in large amounts in a woman’s body when she is pregnant. It is currently being prescribed ‘off-label’ by doctors  to treat low testosterone and also low fertility in men.

HcG stands for Human Chorionic Gonadotropin. It mimics LH (Luteinizing Hormone), the hormone secreted by the pituitary that travels down the bloodstream to tell the testes to produce more testosterone. If you have secondary gonadism, where your testes are still working, but there’s a problem in your hypothalamus/pituitary axis, HcG might very possibly cause your body to start producing testosterone again without having to administer external (exogenous) testosterone.

Traditionally, a man undergoing T therapy will administer exogenous sources of testosterone via injections, gel or pellets. This typically causes his internal (endogenous) production to shut down. Basically, his testes tell him, “Hey, plenty of T in your bloodstream, we’ll take a little break here.” And they kick back and slack off.

This means that initially, he’ll experience a surge in his T levels, with his libido and energy rising quickly and he starts feeling great. But as his endogenous production shuts down, he can sometimes actually end up with lower levels than when he started.  And unless he’s going to an experienced HRT specialist, his doctor probably isn’t going to prepare him for the drop, and both he and his wife experience a lot of angst once his energy and libido plummet again and they feel like they are right back to where they started.

To overcome this obstacle, experienced T therapists will prescribe HcG or Clomid to boost his body’s own endogenous testosterone production. The increased endogenous production plus exogenous source of testosterone can really help get him to that sweet spot where he’s enjoying life again.

A relatively new development in low T treatment is HcG monotherapy. This is where instead of using testosterone supplementation plus HcG, a doctor prescribes HcG alone. Some guys prefer this as they view it as ‘more natural’ than T therapy and it preserves fertility. For many men, even though it does indeed boost their T levels, it doesn’t seem to have quite the same qualitative effect that T therapy plus Hcg does in terms of increased libido, moods, etc.

Uniform guidelines for HcG administration haven’t been developed yet, so you’ll find that doctors prescribe widely varying dosages and frequencies. Doctors who are prescribing HcG to men for fertility enhancement tend to prescribe quite high doses. Doses for boosting T levels tend to be somewhat lower. There is some information that suggests that doses higher than 500 IUs at one time will cause Leydig cell desensitization, thus inducing primary low T where it didn’t previously exist.

The one caveat I will give is that because there aren’t established HcG protocols, if this is something you’re interested in, it’s imperative to find a good doctor who’s experienced in administering HcG to guide you through it. It’s definitely not a DIY project.

Ut oh, I don’t hear any chirping out there. Damn, I think I killed my canaries.