Why She Wants Sex Less Than You

Lots and lots of angry comments and e-mails from guys who are frustrated that their wives don’t want sex as much as they do.

“The truth is “Sexual Love” is a joke and more to do with body chemistry then anything actually real.

Wow… Awesome concept ! The woman has all the excuses to be dead in bed and men should just match their expectations to evolutionary reality because we aren’t wired the same… Isn’t that cute.

I can’t tell you how much anger I feel that society never taught me this stuff. What I’ve been taught is that men and women are the same, that there are no differences other than outward appearance. Now I find out that none of that is true. It explains so much, but I’m beyond angry that no one ever told me this.”

Many of my clients also come into coaching angry and confused about their wife’s sex drive … or lack thereof.

I get the anger, I really do. During his low T years, my husband rejected me frequently and consistently. Rejection hurts.

But wallowing in the anger and resentment doesn’t help. It won’t get you what you want. You’ve got to figure out the source of the problem.

So, what we know when it comes to female desire is that women don’t initiate nearly as often as men, and that women tend to have responsive versus spontaneous desire. That’s fairly well understood by most of us because it plays out every day.

What a lot of people don’t know, though, is why. On the face of it, it doesn’t seem all that logical, does it? I mean, why design genders that are so diametrically opposed?

Turns out that there are some facts of life no one ever bothered to tell you.

The Facts of Life No One Told You

The female of the species is normally the gatekeeper of sex.

Across the whole of the animal kingdom, the female of the species tends to be the gatekeeper of sex. From horses to birds to dolphins, females are choosier about who they’ll mate with than males.

The reason for this is two-fold:

Women are responsible for carrying a fetus for roughly nine months, and then breastfeeding for a year or more. From a purely biological standpoint, procreation takes only a few minutes for a man, while a woman invests several years into the process.

Once you think about the biology of it, it’s simple economics; it makes complete sense that the female is more cautious about sex. Because she has more resources invested, mate selection becomes enormously significant.

Is it really that simple, though? What would happen if it were the male who had higher parental investment?

Turning the Tables – the Male as the Gatekeeper of Sex

Surprisingly enough, there are some species where nature has flipped the script and the male invests more into bearing young. Scientists call this ‘sex-role reversal’.

For example, male seahorses and pipefish carry embryos in a pouch on their body and have the responsibility of nourishing their young until birth. They have a much higher investment in reproducing young than the females.

Turns out that in these species, males are the choosy sex, selecting females that are larger and more ornamented, traits that are essential to survival for that species. Because the males are expending more resources on propagation, mate selection becomes very important to them, just as you find with the females in other species.

I know I’ll get a lot more comments from guys saying how unfair this all is. And I suppose it is. Women are a lot less likely to have sex than guys are, and men have to exert a lot more effort to attract a female. 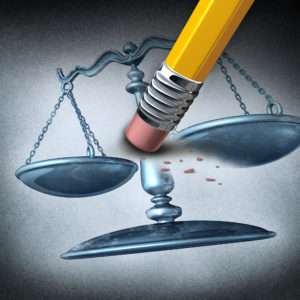 Men and women are different.

And of course, the ultimate injustice, men can pee standing up. Tell me, how is that fair?

How to Hack the Biology of Attraction

So on the one hand, you have a lot of men who are really angry about not getting the sex they want, but on the other hand, you have this cold, harsh biology that’s not going away. What to do?

First of all, stop taking it personally. She can’t change her wiring any more than you can change the fact that you’re attracted to a woman’s breasts. It’s no one’s fault; it’s simply biology.

Next thing, you have to stop acting like a victim. It’s like the fat chick with the butch haircut who whines that men are shallow for being attracted to pretty women. Anger and resentment are great indicators that something is wrong, but they are lousy tools for getting what you want.

Third, learn how to do the things that attract a woman. There are specific behaviors that women universally find appealing. There are a ton of posts on this site that will help. I’ve linked some of them below. Read them and start making the changes that will get you what you want. It’s not instant and it’s not easy, but nothing of value is.

The power is in your hands; you just have to be willing to use it.