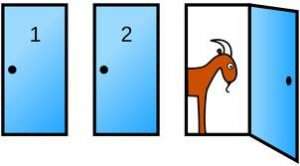 So, why are you here?  What is it you want? If you’re like me, what you really want is a healthy husband. A guy who wants to jump you every day without needing meds or drugs or therapy. Endlessly hard, endlessly ready. Mr. EverReady.  The way he was when you first met him in his 20’s. Right? That’s what we all want. We all want Door #1 and all the cash and prizes.

But for most of us here, we don’t have that guy anymore and he’s not coming back. Not without help. That guy is gone. Mr. EverReady became Mr. NeverReady. He’s older, he’s slower and his T levels are lower. Older, Slower and Lower. That might have been an apt name for this blog, but it all would have been a bit depressing.

What’s Door #2?  First, we’ve got to look at Door #3. You all know what Door #3 is because that’s where you’re living right now. Door #3 is a low T guy without T therapy. He drags himself out of bed every morning after hitting the snooze six times, while you lay there next to him trying to stop yourself from going for his jugular because Dude, get out bed already. He goes to work and slumps back home at the end of the day, defeated and gray. You keep encouraging him to work out, and he says he needs to …. but he never does. He falls asleep watching tv, only to wake up and drag himself to bed. He’s overweight and he snores. You worry about his health … a lot.

And the bedroom? Fuhgeddaboudit. Sex is infrequent, it’s predictable, it’s mechanical and it’s boring. Boring. You can see his mind checking the boxes. Rub her ass for 45 seconds. Check. Hold her breasts for 1 minute. Check. Massage the good parts 2 minutes. Check. Lube her up, insert penis. 60 seconds. Finished. 30 seconds later he’s snoring and you’re wondering what happened. And you know it has to hold you for a week and a half until next time.That’s Door #3. Well, you know what?  Door #3 stinks.

That brings us to Door #2. That’s the door you’re really wondering about and that’s why you’re here. Door #2 is T therapy. Yeah, I know that’s a scary phrase. Conjures up images of muscle bound body builders and Roid Rage and shrinking testicles and all sorts of ugly things. And now you’ve got that image stuck in your head. You’re welcome.

That image of T therapy is based on guys who are bringing their T levels up way past normal. T therapy for a low T guy is different. All he’s doing is bringing his T levels back up to where they used to be when he felt great. Back to where they need to be. Back to optimal.

In the same way that insulin shots keep a diabetic alive, but could kill a non-diabetic who uses them,  a man who already has optimal T levels is going to damage his body by adding more. For a guy whose body is no longer producing adequate levels of testosterone; however, bringing his T levels back up to normal is a good thing and actually makes him healthier. Low T levels affect far more than a man’s libido; having low T over a long period of time is actually damaging to a man’s body. I’ll cover that more in depth in future posts.

I always assumed that T therapy would break the bank and be all sorts of scary and hard to administer, but actually, T therapy comes in several different forms, and for most people, it doesn’t take a lot of time and costs a lot less than I thought it would. My husband’s meds are less than $100/month and that’s without using our insurance at all. It takes my husband less than a half an hour/week to administer his meds. For example, the other night, we started watching a movie, my husband remembered that he needed to do his T therapy, he paused the movie and I barely had time to get the popcorn popped before he was done. Less than five minutes.

All the scary images I had of what T therapy does to a guy were wrong. T therapy doesn’t make my husband a rage-filled, aggressive jerk; it just brings back that sexy, passionate man I married. It makes him more loving, more caring, oh yeah, and 1000 times more passionate.

So, Door #1 is no longer an option for you. Which is it gonna be?  Are you ready to walk through Door #2? Maybe you already have. Leave a comment and tell us which Door you’re living in at the moment.