Want to Keep Your Kid from Using Tobacco or Drugs? Try This Surefire Method

A Family of Smokers

I come from a family of smokers. My dad smoked heavily for almost 50 years. Right up to the point he had part of his lung removed because of lung cancer. 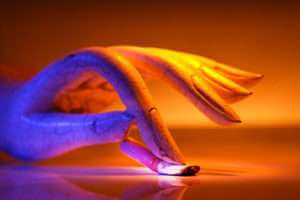 All four of my brothers smoke. Both my granddads, and most of my uncles.

I was born into a family filled with men, and most of them smoked. Until they got too sick from it or until it killed them.

I won’t even go into how hard it is to watch the guys you love smoking cigarette after cigarette, knowing what it’s eventually going to do to them.

I never dated a smoker because I knew I didn’t want to marry a smoker. One of my favorite things about my husband is he has never touched tobacco or drugs. May not sound like much to most of you, but for me, coming from my family, it was a huge point in his favor.

One reason I wanted to marry a man who doesn’t smoke is that I didn’t want my kids to smoke. I wanted them to have a good role model, especially important after having four boys of our own.

And it’s worked fairly well for us, so far. We’ve worked hard on educating them about the dangers of smoking and up until recently, none of them used tobacco.

Until one of the older boys who shall not be named … let’s call him Head Up His Ass, or HUHA for short. Until Huha decided it was a really great idea to start using smokeless tobacco. Because, you know, “It’s so much safer, Mom, because you don’t get lung cancer from it.” <rolls eyes>

So, of course, we busted him. Very helpful to have a large family with eyes everywhere and parents who watch like hawks for this stuff.

Busting Them Via Science

But then the problem becomes, “What do we do about it?”

Huha gave us the usual glib assurances that it had only been a few times, and he wouldn’t use again, and blah blah, but every parent knows what those promises from a teenager are worth.

We were at a loss because unlike cigarettes, which are fairly easy to sniff out, it’s tough to detect smokeless tobacco use. No obvious odor, nothing lingering on his clothes. He drives, so has easy access to buying the product. This was a tough one.

Luckily, consulting The Oracle, aka Google, I discovered there are actually easy at-home urine tests for tobacco products. Who knew?

(You know, as an aside, we live in an amazing world. A few decades ago, heck, even a decade ago, the only way to test for tobacco use was expensive tests at a lab … inconvenient because we would have to pay to get a lab requisition from a doctor, and then take the time to drive there. Today, all of this literally comes to our doorstep. The internet has put so much power in the hands of the average person. It’s really incredible when you stop to think about it.)

Anyway … quick, two-day ordering and voila (absolutely love Amazon Prime), here is what we had …

Quick and easy. And less than a buck per test. Thank you, Amazon!

It’s just like an at-home pregnancy test. Pee in the cup, put the strip in for a bit, and then you get one line or two.

They’re remarkably cheap, as well. Less than a dollar a test. Thank you, Amazon.

One of the best parts, though, was watching Huha’s eyes get large when he realized we actually had a method to hold him accountable. Heh. Power to the parents!

Now Huha and his father get some lovely father-son bonding time as they urine test together. So sweet.

(BTW, If you’re concerned about THC or other drugs, there are kits available to test for them, as well.)