Orgasm Crash Cycle: Why He Loses Interest After Sex & What You Can Do About It

by Rebecca Watson | May 10, 2016 | Attracting Your Wife, Getting Back on Track, Hi-Fidelity Sex, Marriage Dynamics, Rewiring Your Brain | 11 comments

My husband and I have this weird pattern going where we have great, highlight reel sex, and I feel so much more attracted and connected to him, but then afterwards he completely loses interest.

Days 2-3: His energy gradually increases, but he’s still not thinking about sex. He’s cordial, but platonic.

Days 6+: He actively pursues me for sex. The longer we go, the more attention he gives me … the more he chases me … the more interested in me he is. We finally have great sex, and then …

This is so frustrating. It’s like a pump ‘n dump rollercoaster!

Why can’t he just be consistent? Is this some kind of psychological block? Maybe he’s secretly angry with me, or resents me for something.

So, why does he stalk you like a lion chases a gazelle one day, only to completely ignore you the next? While it may feel like some kind of malicious mind game he’s playing, it’s actually a lot simpler than that.

Hormones are the culprit. 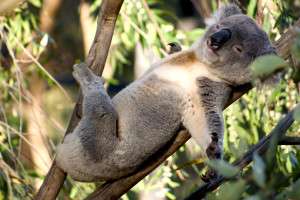 After sex, hormones cause a man’s energy and libido to tank.

What Is an Orgasm Crash Cycle?

Most guys experience an orgasm crash cycle (more technically known as a refractory or recovery period), where they become less interested/less able to have sex after an orgasm. This is true of most guys, but it’s especially tough for guys with low testosterone levels, whose crash cycle can last for weeks, rather than days.

What happens is that during a man’s arousal, dopamine and oxytocin levels gradually rise, peaking at orgasm, and then plummeting. In addition, testosterone receptors also decrease and prolactin levels spike, leading to a dramatic drop in sexual interest, aggression, and energy.

One guy put it this way …

I usually feel sluggish and unfocused for a couple of days after sex, so much so that if I know I’ve got something big going on at the office, I’ll go without sex the night before.

You can see why gladiators and athletes were advised to abstain from orgasm the day before a competition. It really wouldn’t do to have guys slouching around the battle arena like koalas on quaaludes.

If this describes your guy, rest assured that it’s not some deep personal issue or psychological drama; there’s a real, biological reason behind his withdrawal.

How to Get Around the Crash?

In edging, a man deliberately engages in sexual acts without reaching orgasm. It works because every time he peaks without release, his testosterone and dopamine levels rise, his sexual desire climbs, and he continues to stalk you.

One reader put it this way …

I tease him and tell him ‘No way. As soon you finish, you’ll toss me aside like yesterday’s news’. And I make him chase me for a bit. Sometimes, when he’s chasing me around with a raging hard on, it can be bittersweet because I know that a crash is soon to follow.

Still, I get a lot better sex than I used to now that he edges.

In the morning when he wakes up with an erection, you fool around a little. Maybe you have an orgasm if you have the time and desire, but he holds off. Dopamine and oxytocin levels are on the rise. You feel more attracted and more connected.

When you meet up after work, you kiss, you hug, and you tease him a bit. Maybe you model some of his favorite lingerie; maybe you straddle him and have your way with him. By bedtime, he’s completely into you, you play together some more. Maybe you have an orgasm or two, but he holds off for another day.

By the time he finally decides to have his orgasm, you are no longer so starved for his desire and the orgasm crash cycle is no big deal. You know there will be more good times to come.

You move from a mindset of scarcity to one of abundance.

How Long Should He Edge?

This is individual to each guy. The two of you will have to practice a bit to find your sweet spot. As he continues to edge, a tsunami of sexual energy builds up, and the resulting sex is pretty spectacular.

Okay, so there you have it. If you’re still not getting as much sex as you want, even after he’s started T therapy, give edging a try and see how it goes. It can really increase attraction and connection.

And if you’re wondering why on earth the orgasm crash cycle exists at all, think of it this way …

Orgasm crash cycles are necessary. Otherwise, men would want sex constantly, and nothing else would ever get done. Imagine a world with no pyramids, no Stonehenge, and no Sistine Chapel.

Worst of all … no one would ever have come up with the idea of peanut M&M’s! And that would really be a tragedy.