High T Marriage has been redirected to Peakmarriage.com

by Rebecca Watson | Feb 10, 2016 | Attracting Your Wife, Comfort and Intimacy, Getting Back on Track, Leadership Frame, Marriage Dynamics, Rewiring Your Brain | 2 comments 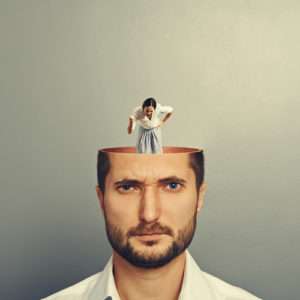 The more you push him … the more you criticize his efforts … the less able – and willing – he is to become the strong leader you crave.

We women love for our husbands to be strong leaders. Leadership is like catnip to us, so confident and sexy. Decisive leadership gives us that little shiver of delight that runs down your spine, and makes you feel all tingly.

Sometimes, though, we actually sabotage the very thing we want most. I made so many mistakes in this area as my husband and I were changing our dynamics, and I talk to a lot of women who are doing the same.

There’s a pattern that happens in a marriage when a woman wants her husband to increase his leadership in the family. She develops an image in her mind of what her husband’s leadership ought to look like.

From that point forward, her expectations create a minefield  in the relationship.

Here’s how it goes …

A lightbulb goes off in her head one day where she realizes she’s become the default leader in her marriage and that she actually hates being the leader. She spends some time trying to figure out how it got this way and how to change it.

She goes on-line and googles something like, ‘How to Help Your Husband Lead’, and spends a ton of time eagerly devouring all the advice out there. She develops this image in her mind of what a strong leader looks like, and what her husband ought to be doing to match her image. And then …

She and her husband have The Talk. The talk where she outlines her dissatisfaction with the current state of affairs and announces with deep emotion how she wants her husband to become The Leader so their marriage can be like all those internet marriages she just read about.

Usually the husband bemusedly goes along because well … hey, being the leader sounds kind of fun. He gets to tell her what to do, and she’s going to respect him and do what he says? Yowsa! Bring it on.

But … it doesn’t work like that. Because being a leader is a skill that must be learned and takes a crap-ton of energy.

The husband makes a few half-hearted attempts to lead because really, he has no idea what he’s doing, and he’s pretty sure that his strong-willed wife isn’t going to listen to him, anyway.

And then one night while she’s trying to get the kids to bed and they keep popping up, and her husband occasionally roars out, “Kids, go to sleep!” while not taking his eyes off his phone, she cracks.

“You’re supposed to be the leader, but you’re doing a lousy job. A good leader would make the kids stay in bed!”

The first shot across the bow has been fired.

It typically gets pretty ugly from there with repeated arguments about how he’s not being a proper leader, with each blaming the other, usually ending with him saying, “Nothing I do is good enough for you,” and her crying, “You aren’t even trying.”

So, how to avoid all that?

How Your Expectations Kill the Deal

Leadership is a tricky skill and your husband must have room to let it develop sustainably. It’s completely normal for you to want him to be a stronger leader, you just have to go about it more effectively.

What you have to realize, though, is the more you push him, the more you criticize his efforts, the more you compare him to other men who are a bit further along the leadership path, the more you let your disappointment in his ‘failure’ shine through, the less able he is to become the strong leader you crave.

Try to picture this scenario …

Your husband sits you down out of the blue and tells you that what he is really dying for you to do is a striptease for him. You’re initially taken aback because … dude … where did that come from? But you decide you’re game. After all, he’s your husband and you want to do the things that attract him.

So you take a deep breath and the next night, you give it a shot. You do a little striptease, and wait expectantly for his affirmation. His reaction, though, is lackluster at best. What the heck? You just totally put yourself out there for him, but … it’s not enough.

He gives you some ‘constructive criticism’ and coaches you on how you could have done it better. In the next couple of days, he sends you ‘helpful’ articles from women who are great at doing stripteases. He talks a lot about what a good striptease really should look like. Suggests that maybe you should do some research so you can ‘get it right’.

At this point, your resentment is rising, but you want to please him, so you give it a couple more tries. No matter what you do, it’s just never quite what he envisioned. At this point, you’re not even angry any more … just discouraged and hopeless that you’ll ever be able to meet his standards.

And that’s the point where you give up. Screw him and his unreasonable expectations.

If you told your girlfriend about this, she would indignantly tell you what a jerk he was being. Right? And yet, I see woman after woman doing this in their marriage. They want that strong leader, and they don’t understand why he can’t ‘just get it’.

But like a striptease, leadership is hard. It takes a lot of practice and a lot of confidence. Every time you suggest to him that his leadership was not quite enough, it chips away at the little confidence he has. You are actually destroying his ability to give you what you want.

How to Change the Dynamics

You need to back off. I hate to put it that bluntly, but it is the single-most important thing to encourage his leadership. No more hyper-analyzing his actions for their ‘leadership quotient’, no more sending him links to websites that will ‘teach him to be a man’, no more long relationship talks about how you just can’t be attracted to someone who’s not a good leader.

Let these changes flow organically and realize that they will take months, if not years, to develop. Stay so busy with your own life that you don’t have time to analyze his progress. The less you criticize, the better he’ll do.

Three specific things you can do to hasten his progress:

This is complete crap. Leadership is a skill that must be learned and honed over time, just like any other skill.

“The most dangerous leadership myth is that leaders are born – that there is a genetic factor to leadership. This myth asserts that people simply either have certain charismatic qualities or not. That’s nonsense; in fact, the opposite is true. Leaders are made rather than born.” – Warren G. Bennis

How to Dramatically Improve His Chance of Becoming a Strong Leader

Sign yourself up to learn something you’ve never done before – something you don’t think you’re able to do. Martial arts, archery, hot yoga, shooting guns, belly dancing. Something that intimidates you so much that you dread even trying.

This is counter-intuitive because it has nothing at all to do with your husband, but every time you fail to do your new skill perfectly, it’s a reminder that this is exactly what your husband is experiencing every single time he practices his leadership skills. It allows you to understand and empathize with his struggles.

Affirm effort, rather than results, and be gentle with yourself … and with him.