Help! I Started T Therapy 3 Months Ago, But Now My T Levels Are Lower Than Ever! 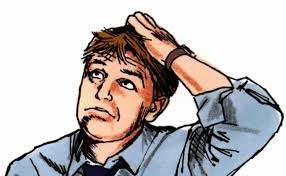 This question frequently comes up with guys who start T therapy. He starts taking external (exogenous) testosterone, in the form of either injections, gel, patch or pellets, and starts feeling great for a few months. Then, he starts experiencing a gradual decline in improvement and begins freaking out.

“It’s not working. I feel even worse than I did before? What if I’m that one guy in a million who T therapy doesn’t work for? Have I permanently messed up my body?”

My own husband went through this when he first started T therapy. After several weeks on Androgel, he slowly began to feel better. He had the first stirrings of sexual desire, began to have more energy, his thinking gradually started getting clearer, and then ……………… it was like a car engine running out of gas. He just went slower and slower. Kaput.

Neither of us knew much about T therapy at that time, and his doctor was fairly clueless. I was beside myself as I had thought I would finally get my real husband back, and he was discouraged and dejected. And a bit ashamed, I think. It was emasculating for him.

However, once the exogenous T gets in your bloodstream, it sends feedback to your hypothalamus, telling it to take a break. There’s a lot more to it than that, of course, but that’s the TL;DR version. There’s a fuller version here if you’re a research geek like me and that sort of thing turns you on.

So, what happens now? Are you just stuck?

No, there are several workarounds that solve the problem quite nicely. One common method is to prescribe HCG or Clomid. Both of these will boost your own endogenous production, using slightly different mechanisms. Some doctors prescribe both in conjunction with each other. HcG is an injectable and Clomid is a pill and each has its pros and cons.

There are several brands of AI’s available, both brand name and generic. One common one is anastrozole, with the brand name version being Arimidex. AI’s come in a pill and are fairly inexpensive.

Are you scratching your head over why your doctor didn’t tell you all this when he initially started you on T therapy?  Yeah, me too. I actually get a bit angry about it as I see so much unnecessary angst and frustration on the part of the guys who are undergoing T therapy and their wives who are at their breaking point. The sad truth is that there are a lot of doctors out there prescribing T therapy who don’t really have a clue what they’re doing.

Unless you lucked out with a really informed doctor or knew enough yourself to do the research to find a great doctor, you’re probably stuck with a doc who doesn’t know all that much about how to prescribe T therapy. One of the challenges of T therapy is finding a good HRT specialist. But that’s a different post for a different day.

So, what has your experience been? Did you fall off the cliff after the first few months of T therapy? Drop me a comment; I’d love to hear your story.