High T Marriage has been redirected to Peakmarriage.com

by Rebecca Watson | Nov 3, 2015 | Attracting Your Wife, Getting Back on Track, Leadership Frame, Marriage Dynamics, Rewiring Your Brain | 0 comments 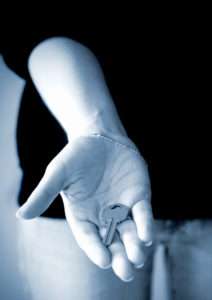 The TL;DR background is that during his low testosterone years, my husband had become disconnected from what was going on in our family and had stopped being the leader in our marriage. He had long since fixed the testosterone issue, but our dynamics were still skewed toward me making the bulk of the decisions for our family. We both wanted that to change, but needed tools to help us.

Part 1: Mr. Disappearing Man – What To Do When Your Husband Struggles to Lead

Part 2: The Loop – What’s Blocking Your Husband from Leading His Family?

When I finally realized that I needed to work to keep my husband in the loop if I wanted him to lead our family, I started making a concerted effort to let him know what was going on with the kids.

I heard my husband’s footsteps on the stairs.

“Will, you need to tell Dad about getting the scholarship,” I said.

“Hunh? Dad doesn’t care about that kind of stuff,” Will responded.

“Sure he does. When he knows about it, that is. He can’t care if he doesn’t even know what’s going on,” I said.

My husband poked his head in the door. “Hey, I’m going to take a coffee break. What are you two doing?”

“Will was just telling me that his scholarship got increased,” I replied.

“Let me get my coffee and then tell me about it,” responded my husband.

Tyler put down the phone, his face all smiles. “Mom, I got the new co-op position!”

“It’s the perfect job for me, much better than the old co-op position,” he said excitedly and went on to discuss the details of the job.

After we had thoroughly hashed it out, Tyler got up and said, “Okay, I’ve got to go write a thank you e-mail to my co-op coordinator at school for helping me set up the interview and let him know I got the job.”

“Make sure to send Dad a text to let him know you got it, as well,” I suggested. “He’ll be excited to hear the news.”

“Coach said I couldn’t wrestle for 72 hours until the medicine kills the ringworm,” said our high schooler, Trey.

“Crap, what about the wrestling tournament on Monday?” I asked.

“I have to miss it. And Dad was planning to go to this one straight from work so he could watch me wrestle,” Trey replied gloomily.

“Well, there will be others he can go to,” I said.

Ringworm was the bane of the wrestling team; you couldn’t compete if you had it. Trey was trying to make the varsity team and each practice and tournament he missed decreased his chance of getting that varsity spot.

Trey was already in bed by the time my husband got home late that night, exhausted from a long day at work and an intense work-out. He and I exchanged a short conversation about our days while he had a quick snack and then the two of us went to bed. It wasn’t until the next afternoon that I realized that I hadn’t filled him in on Trey’s change in wrestling plans. Whoops! I should have asked Trey send him a quick text to update him on the situation. I would need to send him a text myself.

If you want your husband to take a leadership role in the family, you need to remember to keep him in the loop with what’s going on with the kids. A leader can’t lead if he’s not getting the right information funneled to him.

For the longest time, I had felt a void in our marriage because my husband seemed disconnected from what was going on in our family. It was lonely and a little scary to always take care of things on my own. There had been times when I had felt like a single mom when it came to making decisions and I had frequently felt disappointed with my husband for not taking more of an interest in what was going on.

I didn’t recognize that there were structural issues in the way of him taking more of a leadership role and I didn’t realize that I could help change the dynamics by keeping him plugged into what was going on at home. It was an epiphany to me to realize that I could take an active role in changing our dynamics, rather than simply wait for him to step up to the plate.

Over time, I have gradually become much better at keeping my husband in the loop with what’s going on at home and with the kids. I send a lot more quick texts now than I ever did before. We have a planning meeting each Sunday where we keep track of our goals, as well as making plans for the upcoming week.

It hasn’t been a quick 180 for us to change our dynamics, but gradually, over time, we’ve said good-bye to Mr. Disappearing Man. And to be honest, neither of us miss him at all. 🙂