Doing This One Thing Makes Him Less Likely to Want You

by Rebecca Watson | Mar 21, 2017 | Getting Back on Track, Girl Game, Marriage Dynamics, Rewiring Your Brain | 0 comments

Part 1 of a 3-part series for women trying to increase attraction in their marriage.

One mistake I see women make over and over again is they build their whole life around their husband. While it’s great to want to spend time with him, if you make your husband your priority when you’re only his option, it creates an enormous imbalance of power that decimates your relationship. 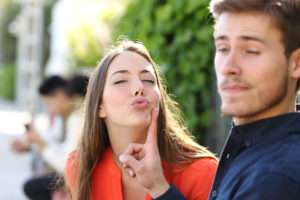 Stop orbiting him like he’s the sun and you’re the moon.

You’re spending a lot of effort to change things, but nothing has worked. You’ve talked, you’ve cried, you’ve nagged, you’ve argued. And it hasn’t helped. In fact, it’s hurt. You’ve simply come across as needy and pathetic.

What’s going on with that and how do you make things better?

Stop Trying to Get What You Want

What’s that you say? If you stop making an effort, you’ll never spend any time together and your marriage will fall apart. Nope, Good Housekeeping got it wrong; it’s completely the opposite.

Back to the Beginning

And then you started dating him. He was really into you. You were into him. There was balance and birds sang.

But then you got really, really into him. You started spending all your time with him. Because … you know … soul mates. Friends, hobbies, interests all went by the wayside. Which is fine. That’s normal when you’re in the infatuation stage of a relationship.

When It First Started Going Bad

But at some point, for any one of a number of reasons, he started becoming less interested. Maybe he got busy with his job, maybe he went through prolonged stress, maybe his thyroid or testosterone went wonky, maybe he had some depression going.

The more you step forward, the more he steps back.

You started initiating ‘Relationship Talks’. You asked him to plan date nights, hang out together, schedule ‘couple time’. You said things like:

You never want to spend time with me.

You don’t make me a priority.

You spend too much time at your job.

We never spend any time as a family.

But all he heard was …

When the Balance of Power Shifted

That’s when things started getting really ugly. That’s when you hit the tipping point, and the balance of power in your marriage changed.

And now you have two problems … the initial issue of him pulling away compounded by your reaction to his withdrawal.

You keep trying to solve the initial problem … his withdrawal, when what you need to do first is address your reactions. You have to start with you.

You have to change your reaction first before you can tackle the initial problem.

How to Fix It

You fix it by not trying to fix it. Not directly, at any rate.

Do this thing first.  Take off the blinders and face the truth. Right now, you need him more than he needs you. Harsh, I know, but it’s true. As long as that’s the case, you have no leverage with him.

Stop talking to him about the relationship. The more you talk, the worse things get. Stop telling him what you need, what you want, what he owes you. I know that’s hard, but I promise you it’s essential. Bite your tongue, smack yourself in the face, do whatever you have to do to keep your mouth firmly closed.

Go get a life that has absolutely nothing to do with your husband. Find new friends, start new hobbies, go new places … do the things that bring you excitement and satisfaction. 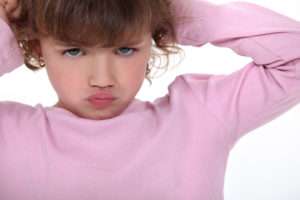 Stop whining and put on your big girl panties.

Don’t know where to go? Check Meetups for groups that share your interests. Or try a completely new activity with a Meetup group. Join a new gym, a new church, a cooking class, whatever works for you.

Make yourself less available. When I say this, I’m talking physically, mentally, emotionally. Stop orbiting him like he’s the sun and you’re the moon. That’s fine in romance novels, but it doesn’t work in real life.

Let me repeat this because it’s crucial to success. Stop being so available. I’m not talking about playing hard to get. No cheap tricks. You can’t play hard to get, you have to be hard to get.

What is scarce becomes attractive.

This is the scarcity effect in action. We know from studies that what is scarce becomes very attractive. Make yourself more attractive to your husband by becoming scarce.

Remember, you can’t fake this part. You can’t pretend disinterest. You have to have so much fun going on in your life that you genuinely don’t need your husband. You may want him, but you don’t need him. That’s key.

Add mystery to your life. The problem right now is that he knows he has you. He knows where you are every moment of every day. He feels complacent in the relationship. That has to change. Complacency is death to any relationship. (Incidentally, this applies to the guys, too, but that’s a different post.)

You want to go the ‘magical place of out’. (Hat Tip: Athol Kay) He has to feel threatened, feel that his quality of life is changing. He has to know you have other options. You need to be out amongst other people, including other guys.

He has to know you have other options.

Now, keep in mind. I’m not talking about anything immoral … no coming on to other guys, no sleeping around, nothing like that. Honor your vows. But knowing he’s not the only vendor gives your husband a much needed kick in the pants.

I know what I’m saying is hard to do. Maybe it seems impossible to you right now. So, here’s a little exercise to get you started. It’s one that’s proven successful in coaching.

For the next week, I want you to keep a log of your interactions with your husband. Track how often you make requests of him, how many times you try to get him to listen to you, how many bids you make for his attention. Your jaw will drop over how needy you’ve been.

Then do the same for him.

When the week is up, take a look at the ratio between his bids for attention and yours. Your goal is to turn that ratio around.

Remember, he can’t step forward until you step back. The ball is in your court.

You have the power to change this. Start stepping back.