Part 3. Pulling Out of the Death Spiral 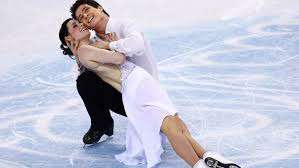 In Part 1 and Part 2 of this story, my husband had unwittingly triggered all my old feelings of hurt, anger, resentment and insecurity from the years of sexual rejection that lay between us.

Over in the coaches’ corner at Mindful Attraction Plan, Athol sometimes teases me about my tendency to be a bit BSC* from all the years of sexual rejection in my marriage. And while we may joke about it, it is something we see all the time in the wives who have lived in low T marriages, and it can be extremely damaging to a marriage. Part of effectively coaching couples who have been through a low T marriage is helping the wife deal with her feelings of resentment at being sexually rejected and helping the husband learn to avoid the actions that trigger all those old painful feelings.

One of the few advantages of being a wife who has lived in a low T marriage is that I have been able to develop tools and strategies to help us heal from the years of negative interactions.  My husband and I frequently use our marriage as a guinea pig to test out tools that work. One such tool is The -1 Communication tool.

Basically, this strategy involves either partner; in this case, the wife, telling her husband when she experiences an interaction as a -1.

Here’s an example. Some background …. typically, when my husband gets home from work, he pulls me into our bedroom with him while he changes clothes and washes up. We then spend the next 10-15 minutes catching up with our days. We kiss a little, touch a little, plan the evening and just reconnect in general. It can be tricky to manage as it tends to be right at dinner and bedtime, but it has become an important ritual in our marriage.

Shortly after the events in Death Spiral, Parts 1 & 2, while we were both still feeling extremely disconnected, my husband came in from work, but instead of pulling me into the bedroom with him, he asked me to pull up something on my laptop that he needed to read. My laptop was sitting on the table in the dining room, which was like Grand Central Station with all the kids milling about.

My Post-Traumatic-Rejection-Disordered brain immediately processed this through a Rejection Filter and decided that he didn’t want to spend time with me, reconnecting and being alone together. Now, that may sound a bit nuts to some of you who haven’t been in a low T marriage, but to all those wives out there who have, I can see you nodding your heads. “Yup,” you’re saying, “that’s exactly how I would feel.”

Typically, I would have just buried that feeling, but it would not have been forgotten and would have gone into the -1 Interaction Bank. Instead, I told him, “That was a -1 interaction for me.”

“Because it feels like you are not wanting to be alone with me.”

“No, that’s not it at all. Yesterday, in our Goals & Expectations meeting, we discussed me taking a more active leadership role with the kids, and I put that down as one of my goals for this week. I want to be out here to keep an eye on what they’re doing and make sure they’re doing all their nighttime tasks.”

That was perfectly ….. logical. And not at all how I had perceived it to be. I wondered how many other interactions we had had like that over the years, and how many other times one of us had completely misperceived the other’s intentions. I realized how useful it would be for us to have a way to communicate that we were perceiving a particular interaction as negative.

Another example. My husband texted me a message. Still feeling raw from the recent events,  and not knowing how to respond, I ignored it. Here was the subsequent exchange:

Okay, it wasn’t stellar communication, but it made me realize that I was creating negative energy in our marriage by my radio silence. It gave me insight into how he was feeling about the fact that I was ignoring his attempts to get us back on track.

The biggest advantage of the -1 Tool is that it serves as an early warning system. If you start into a cycle of frequent -1 interactions, you can look at what’s going on before you hit that point where you start into the dreaded downward death spiral.

Conversely, you can also keep track of the +1 interactions that pump life and energy into your marriage; the things that make your partner feel wanted and loved. The trick is to keep positive momentum going in your marriage; it doesn’t particularly matter where you start out as long as you are moving upward. The -1 Communication Tool can help you achieve that.

If you try it, let me know how it works for you. I love to get feedback from couples out in the trenches. 🙂

*Batshit Crazy. A loose term describing someone incapable of being reasoned with and displaying extremely poor behavior.