5 Ways to Get Her Off Her Phone and Into Bed

Ever wonder why she’ll stay on Facebook or play Candy Crush for hours, but has absolutely no energy for sex?

What do all these things have in common? They’re exciting, dangerous, novel, or involve unexpected outcomes.

Sex Isn’t about Orgasms; it’s All about Dopamine

Up ‘til now, you’ve made the mistake of thinking that sex for your wife is about orgasms, but it really isn’t. It’s all about dopamine. 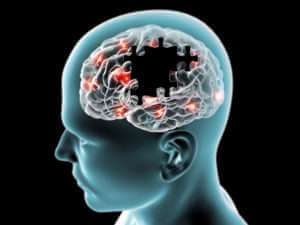 Quick … what do cocaine, chocolate, rollercoasters, and good sex have in common … Dopamine.

You initiate over and over again. She finally agrees to have sex, she has a lovely orgasm or two, so it seems reasonable to think she’ll be eager for more sex.

But it doesn’t happen that way. Instead, she’s just as reluctant the next time.

Why? Why in heaven’s name does she not want something that feels as good as an orgasm?

Because you’re using the wrong currency. You’ve fallen into the trap of thinking that orgasms are the reward. But they’re not.

Orgasms aren’t the currency; dopamine is.

The truth is that for the majority of women, orgasms are a dime a dozen. Most women can give themselves an orgasm faster and more efficiently than a guy can. She simply knows her body better.

What she can’t provide for herself is dopamine. The dopamine that comes from the excitement of the unknown.

When sex is routine and predictable, she loses interest. Remember, her desire is responsive rather than spontaneous.

What triggers her responsive desire is the dopamine that comes from the unexpected. Maybe it’s a different way of initiating, a different venue, shaking up the positions a bit, rougher sex, throwing in her favorite kink, or sex that is slightly more dominant.

All of those changes create a dopamine response. I’ll circle back to that in a minute.

There is always something new to see, making us want to come back over and over again. When we do something that causes our brains to release dopamine, we are unknowingly training ourselves to want to repeat the same thing that caused the dopamine rush.

When sex is predictable and routine, it simply can’t compete with those levels of dopamine, especially for women, who don’t have the advantage of spontaneous desire.

5 Ways to Inject More Dopamine into Your Sex Life

So, how do you introduce more dopamine into your sex life?

Women love being told what to do in bed. I know, this goes against everything you’ve been taught. But in a sexual context with a man they trust, girls really do dig it.

Keep it short. 3 or 4-word sentences.

“Lay here. Open that. Move there.”

Be as graphic as you want, as long as you can do it with confidence. Stuttering and stammering over ‘dirty talk’ ruins the moment. Practice in a mirror if you need to.

2.      Do what pleases you instead of trying to please her

This one is counter-intuitive, but women love the idea of being there for your pleasure. Put her in the positions you like, touch her the way you want, kiss her when you feel like it; in general, just act as if her body is your playground.

By pleasing yourself, you really are pleasing her.

True Story: I was working with a guy who was trying to build attraction. His wife was basically cold with him, and completely bored with sex.

His typical initiation in the morning was to shower (so as not to offend her with his manly smell), and then crawl back in bed, gingerly spooning her from behind, gently stroking her shoulder, and hoping like heck she wouldn’t push him off before darting into the shower.

I was working with him to introduce more dominance into their sex life, and one morning when he got out of the shower, he simply rolled her onto her back, straddled her, and … erm … introduced himself into her mouth.

It worked a treat, she got into it, much fun was had by all. I wiped a tear of pride from my eye.

(Full disclosure, I never could get him to repeat that level of dominance in the last few weeks of coaching him, and I’ve since lost track of how he’s doing. Hopefully, he stayed with it, and they’re enjoying mind-blowing sex together.)

Women love strong men. She loves the juxtaposition of your strength and her fragility. Take advantage of that.

Move her around. Put her where you want her. Wrap her hands around the headboard and tell her to leave them there. Place her on her hands and knees and tell her to stay like that. (Doing this one thing will make her more comfortable trying doggie.) Position her feet over your shoulders. Treat her body like you own it. It actually makes her more, not less, comfortable with you.

Okay, I need to be clear. I’m not talking about putting a gun to her head. But a slight sense of danger in a safe environment is actually a turn-on for her. (Think the excitement of a rollercoaster.)

Put your hand around her neck and squeeze slightly. Roll her on her tummy, and nip gently at her neck. Smack her booty. Grab a large handful of her hair close to the nape of her neck and guide her head by pulling gently on her hair.

With all of these things, watch her reactions, and if she likes it, then ratchet up the intensity by about 10 percent.

Make sure to switch up positions a few times during sex. Missionary is fine, but it’s expected and routine. Switch over to doggy, put her on her hands and knees, get off the bed altogether and bend her over a chair or table, or put her against the wall. Anything that shakes things up, and keeps her off base.

Not only does the variety create a more exciting experience, switching positions also helps you last longer, and makes it more likely for her to have an orgasm.

So, there you have it. Five ways to shake up your routine, and get your wife off her phone and into bed.

Remember … any Joe Blow can give her orgasms. But guys who can provide the excitement of dopamine are few and far between.

You have to stop thinking orgasm, and start thinking dopamine. Become her vendor for dopamine, and you will be amazed at how sexual she becomes.

Dopamine is the magic ticket.

What’s your story? For those who have tried interjecting some novelty into their sex life, did it help? Were you able to sustain it?

For those of you still suffering with a stagnant sex life, which of the five suggestions do you think might work? Some, none? What’s stopping you from trying?